The LIEU project was developed in two phases:

In the first phase the twin towns commissions have opened the social profiles on Instagram and Facebook where we published pics and documents regarding the immigration to Belgium and the goals of the twinning such as rural landscape, towns life, witness etc. following the selected theme: “Landscapes of Integration”.

At the same time were organized activities with the schools; the Fregona primary school met Miss Lucia De Faveri, President of “Trevisani nel mondo”, the local section of association that aggregate the Treviso province immigrants in the world.

Miss De Faveri was born in Court Saint Étienne (from now called CSE) and she lived her youthfulness in Belgium with the difficulties of Italian immigrants second generation; she told her experience and the parent’s life, proposing to the scholarship to collect photos and witness of Fregona peoples that born or lived in CSE for showing them during the celebration meeting with the Court delegation.

Finally, on 7th April in the Fregona’s Cultural Center was organized the LIEU presentation with the population to explain the project, its goals and the organizations of three meeting days.

In these activities – also made by CSE scholarship and population – were involved circa 370 people; the Belgium delegation consisted of 45 people.

The activities carried out during the visit were the following:

Friday 22nd April: walk with Belgium children in the Fregona villages and countryside were they discovered the rural landscapes and activities (sheep farming, vineyards and olive grove). Following the welcome lunch with local Authorities and the presentation of the twinning program. In the afternoon some member of Fregona commission accompanied the child to the Mr. Michele Peruch Atelier in Vittorio Veneto, a street artist used to work with youngest.

Saturday 23rd April: tour in San Daniele del Friuli, a famous town in Friuli Venezia Giulia known for the processing of raw ham and its historical castles. The Italian-Belgian group visited an ham warehouse where the workers explained the history and the process of this typical product. After a taste of San Daniele local products, the people visited the Middle Age castle in Arcano Superiore and finally viewed the Gorgazzo source where the water from Cansiglio forest (partly in the territory of Fregona) come out and made the Livenza river.

When people returned in Fregona, the Belgian children met the Fregona students for moments of presentation, gaming and dinner.

Sunday 24th April: official twinning ceremony at the Fregona Cultural Centre with presentation of the thematic work on emigration made by Italian students, the work made by the 'La Chaloupe' children's group from Belgium and the projection of video-testimonies of emigrants.

Speeches by the authority and speeches related to the importance of the fundamental role of the process of the birth of the European Union (from its origins and the constitution of the ECSC to the current institutional set-up) and the consequent benefits brought by socio-economic integration on the continent; to the preservation of historical memory; to the importance of dialogue between peoples and understanding between citizens of different nationalities; to the enhancement of the path of reception and integration in foreign territories by taking the example of CSE with regard to Fregonese emigrants; to immigration seen as a modern-day opportunity in the context of the local development policy of rural territories facing socio-economic abandonment and an ageing population. 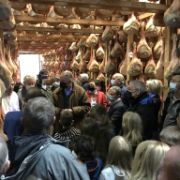 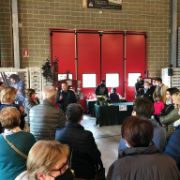 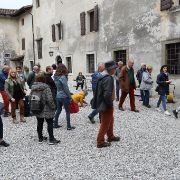 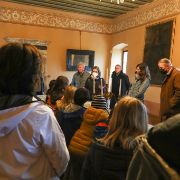 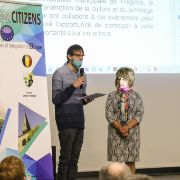 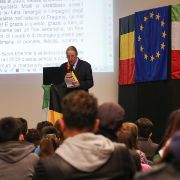 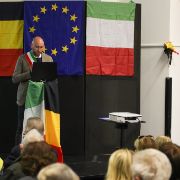 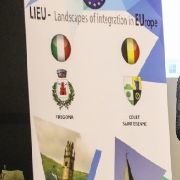